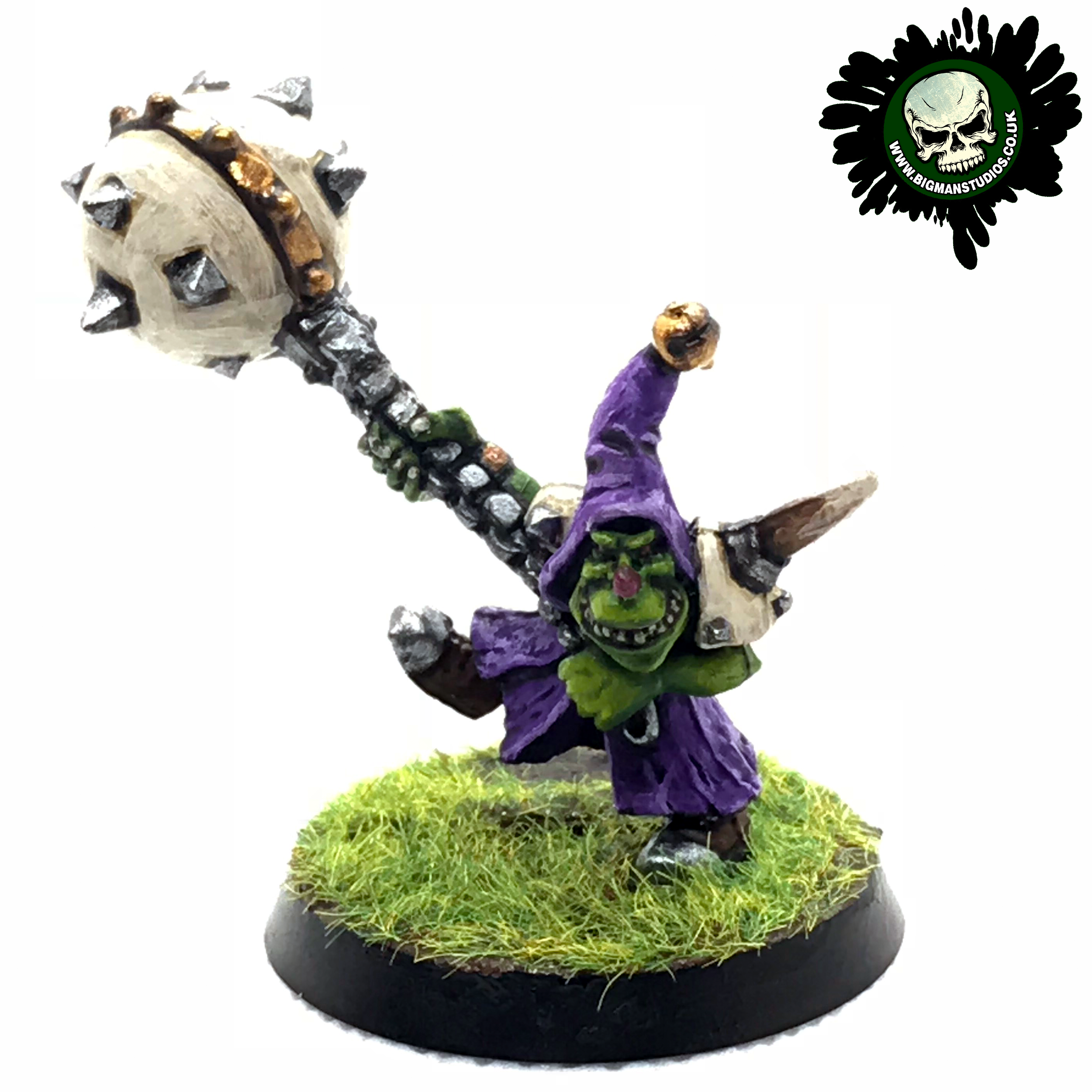 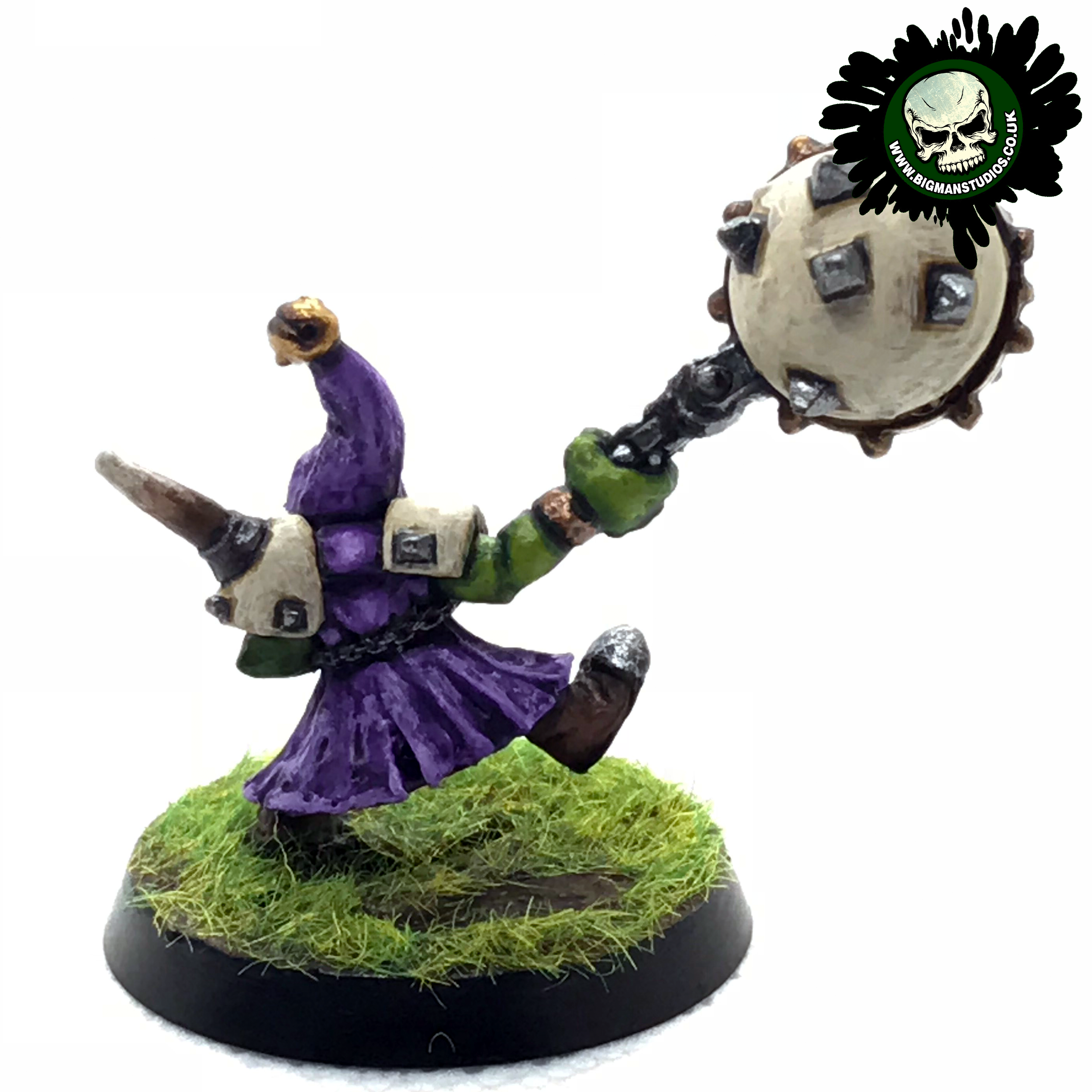 As games, seasons, tournaments and years of Blood Bowl games pass by, some players naturally present themselves as outstanding in their field. Such a lgend is Fungus The Loon, probably the oldest Goblin “Ball-n-Chain” fanatic to grace the ranks.

Although not officially allowed on the pitch, Fungus has a penchant for slipping a ball and chain into the mix. It’s not like anyone’s going to be foolish enough to stop a whirlwind of spikes and steel! Better to sit back and let him knock himself out or to collapse on the receiving end of a skilful block.

This is a 3rd edition metal model that has been restored with a Gorka-Morka ball. Not sure what happened to the original part but more spikes can only help!